Cooking contestants from across the Maple Ridge – Pitt Meadows School District sliced, diced, and stirred their way through the annual SD42 Chowder Competition.

Equipped with sharpened chef’s knives and finely-honed recipes, more than a dozen teams competed for the admiration of their culinary colleagues and the coveted Chef Daniel Lesnes Award.

“It is absolutely incredible the variety that we have,” said Garibaldi Secondary chef instructor Brent McGimpsey, whose school hosted the event. “The different kinds of seafood, meat chowders, we have vegan chowders, vegetarian chowders — they really run the whole gamut.”

The contest has been held for more than 16 years and is a chance for students from the various SD42 culinary programs to meet each other and share ideas, he said. McGimpsey added that what the judges taste at the competition is the end product of weeks of hard work, creative thinking, recipe design, and constant refinement. 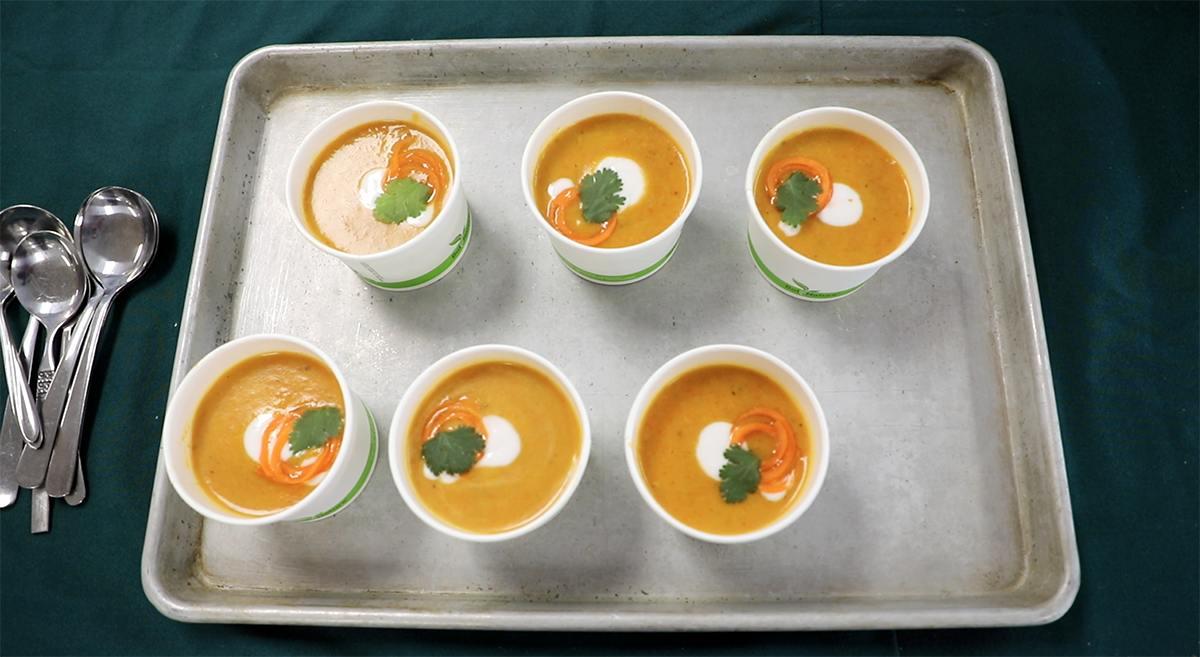 “We practiced making the chowders a few different times and we improve it each time,” he said. “We taste, we comment and see how to make it better to prepare for today.”

Picking a winner is not easy. Chowders are graded on a scale of 1 to 10, with judges accounting for taste, appearance, aroma, texture, creativity, among other variables.

“You want most of the flavours they’re using from the different ingredients to be fore-fronted without anyone overpowering the next one to a point,” said Mike Steele, a chowder judge Vancouver Community College culinary arts instructor. “A good creamy smoothy finish to it is also acceptable.” 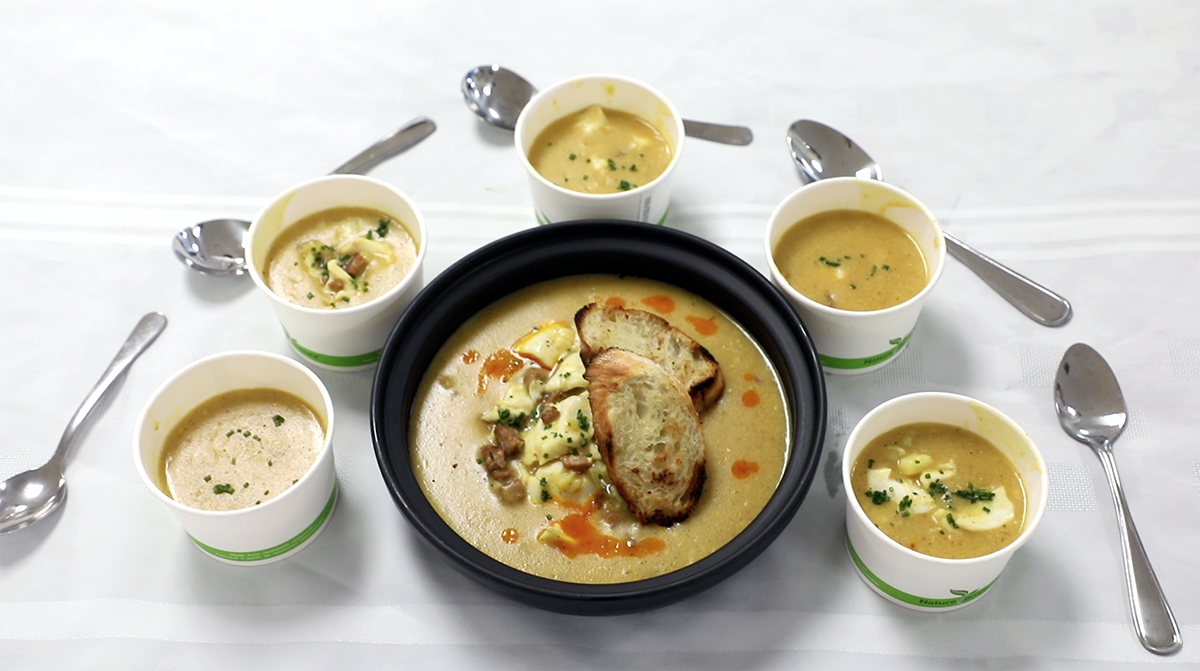 The students brought a range of recipes to the contest. One team had a smoker and was busily preparing fresh salmon for their chowder, while another team had a tuna miso chowder garnished with fresh fish.

But the winners were Team 8, who wowed the judges with a more traditional take on the chowder.

“We are really happy,” said Megan Tan, who took gold with Garibaldi Secondary teammate Mason Timmins Smith. “I didn’t think we would win.”

“I’m really proud of what I made,” said Erin Fukuda, a Thomas Haney Secondary culinary student, who took second place with a tuna miso chowder that was popular with the judges. “I am happy to be here.”

Maple Ridge Secondary chef instructor Trevor Randle said the level of competition at the chowder contest gets higher every year. 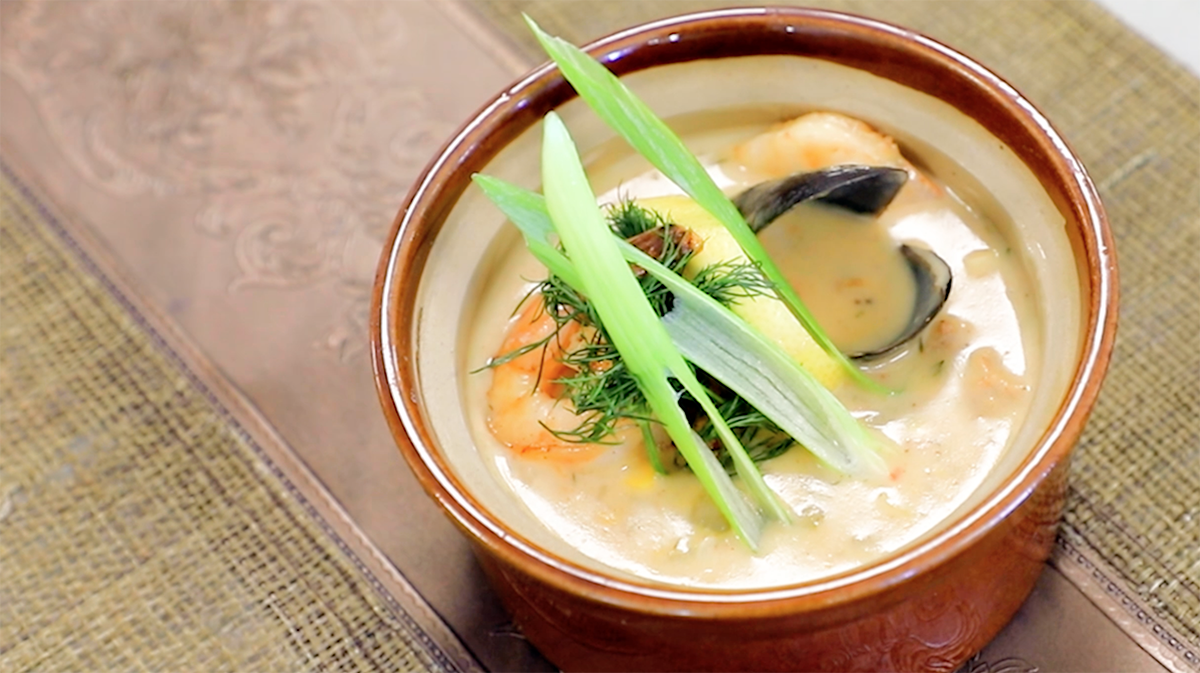 “I’m seeing so many different takes and the chowder,” he said. “There’s always the traditional type of chowder —that the rue-based creamy soup with potatoes — but nowadays with all the fusion you get so many different ideas.”

While the contest can be stressful, Randle said instructors try to emphasize the fun and networking opportunities that come with gathering with fellow cooks.

“It really gets them creative, but at the same time having fun,” he said. “Just getting into the kitchen and cooking in a really fun and safe and positive environment.” 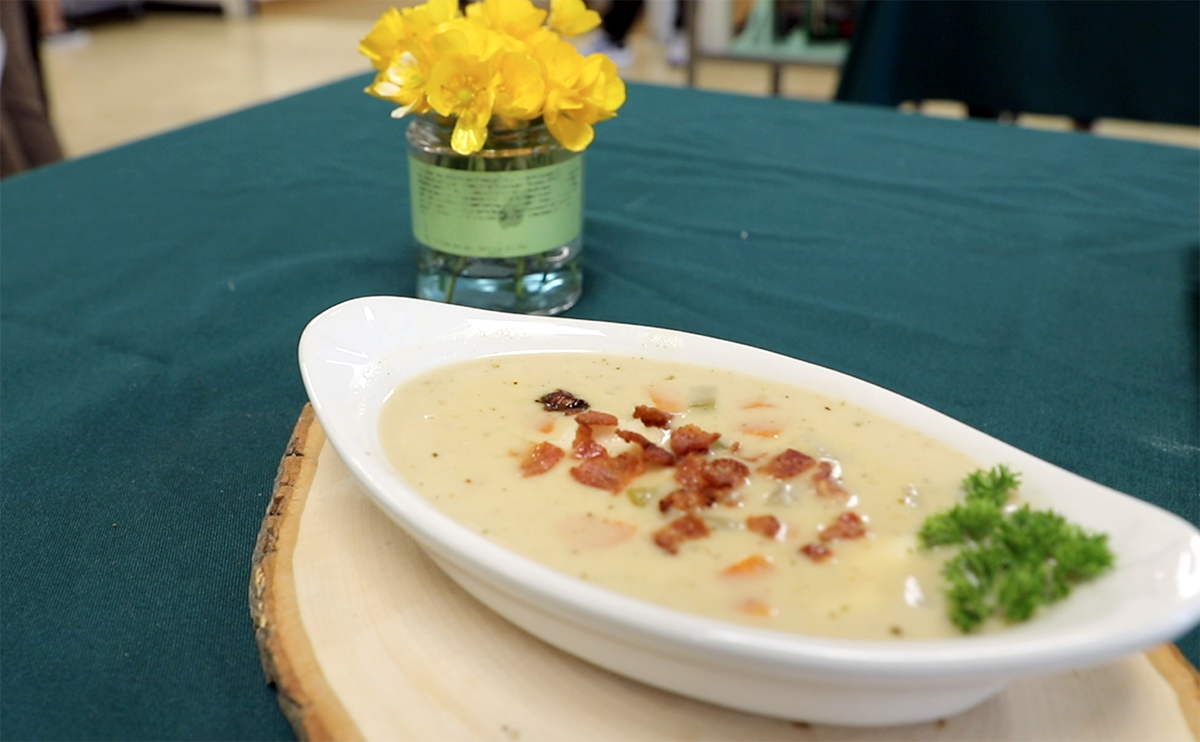