Students at Alexander Robinson Elementary received a Certificate of Appreciation from B.C. Premier John Horgan earlier this month for their effort to acknowledge the achievements of women.

Fen Hsiao’s Grade 1/2 class created a bulletin board in the school hallway with posters highlighting the contributions of people like Rosa Parks, Viola Desmond, and Anne Frank. The display was part of their larger push to make the word “shero” more commonly used among their fellow students.

“Several students then decided to write letters to Premier Horgan advocating for him to use the word shero,” Hsiao said. “They hope that his usage would encourage citizens across the province to say shero, too.”

Earlier this month, the students were presented with the certificate during a Zoom meeting with Maple Ridge-Mission MLA Bob D’Eith.

Hsiao said her class has been learning about what it means to be part of a community since the beginning of the year. The students have had discussions about their civic responsibilities and how to behave in ways that keep each other safe and happy, she added. 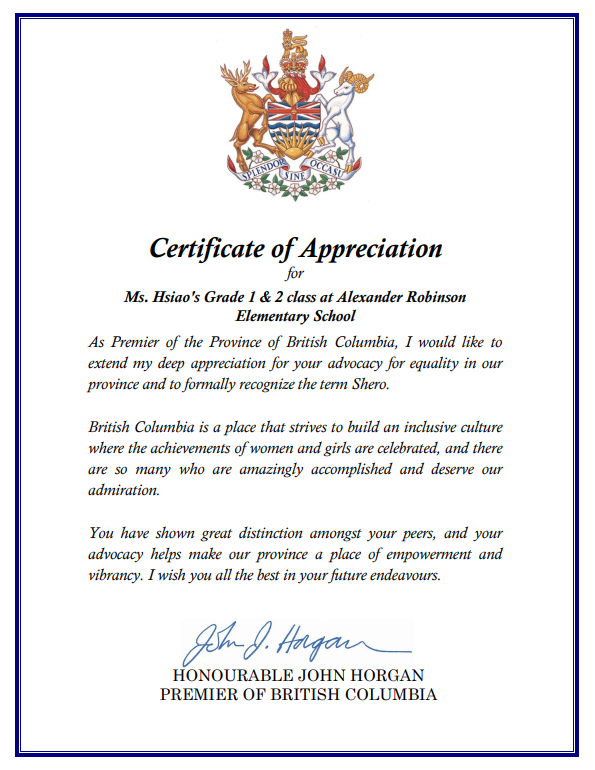