Students at Alexander Robinson Elementary (ARE) took home the coveted Energy Cup after winning a contest that saw schools compete to reduce their environmental footprint.

ARE had the most green initiatives of all the contestants and even tried to start producing power from the wind, said Derek Oppedisano, School District 42’s manager of facilities planning, who is overseeing the 2021 challenge.

He added that while ARE may get a trophy, all schools that participated are winners in their effort to save the environment.

“All schools really did an awesome job,” he said. “I was super happy to see such great events and participation.” 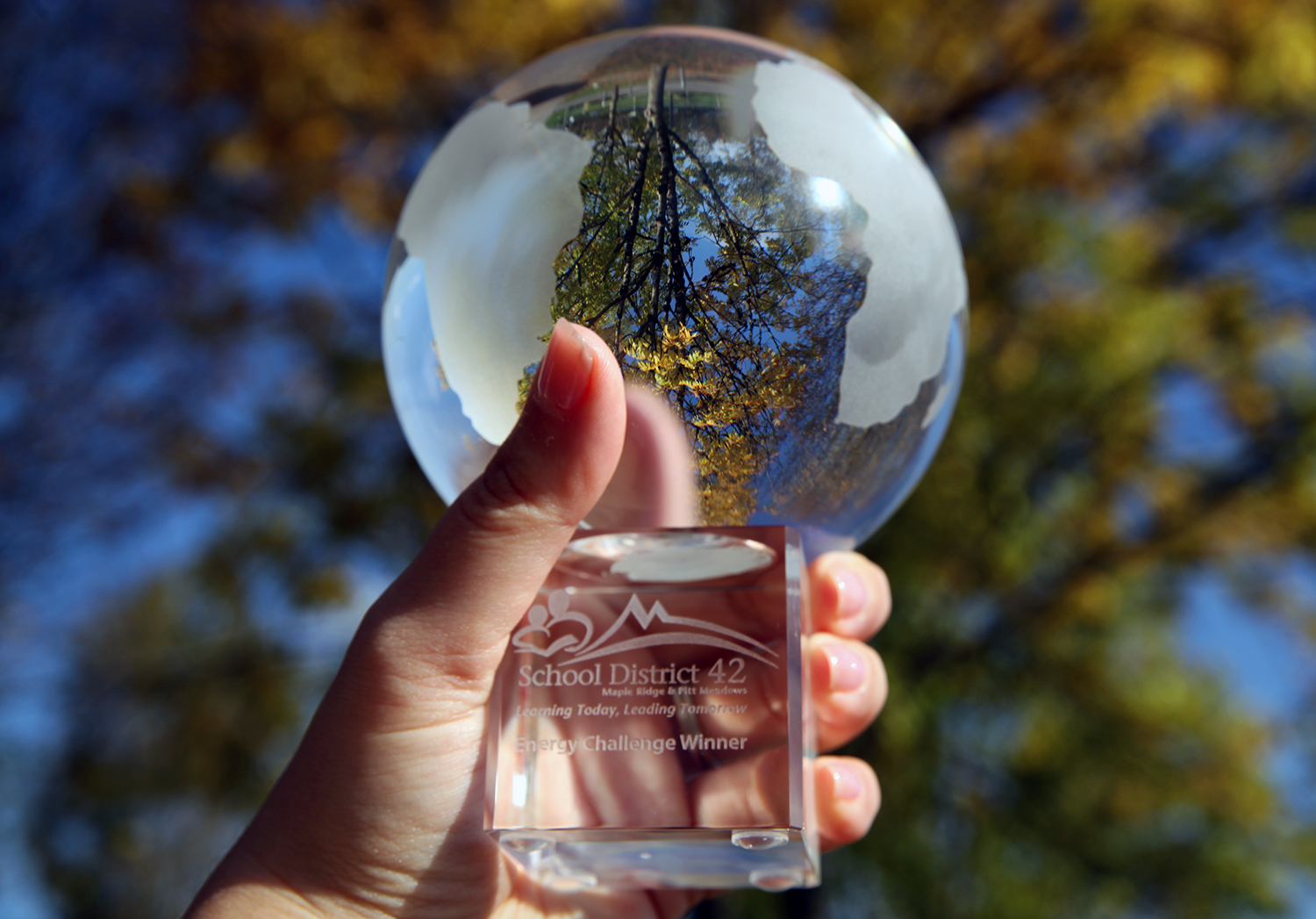 Students learned about sustainability as they competed to reduce waste, cut down electricity consumption, and limit greenhouse gas emissions during the Energy Cup Challenge.

The contest was neck and neck for most of the month.

Webster’s Corner Elementary won the first week, which focused on electricity consumption, when students managed to reduce their lighting by an average of 342 hours per division.

The second week’s theme was emissions, which Eric Langton Elementary (ELE) won by avoiding nearly 22 tons of CO2. ELE won again in week three, when students reduced their garbage consumption be an average of 240 pieces per division.

ARE led the final week, where students and teachers shared what they learned during the challenge through social media and virtual presentations. When all the points over the four-week contest were tallied, ARE led all the other schools.

“A huge shout out goes to Eric Langton Elementary, who put up some pretty amazing numbers,” Oppedisano said. “But they just got edged out by the huge amount of green initiatives that Alexander Robinson hosted.”