A group of Environmental School students are raising awareness about the need for a fish ladder on the Alouette River.

They have formed a new club — the aptly named Fish Ladder Awareness Team — and are taking their message to politicians, BC Hydro and the broader community in the hopes that salmon will one day be able to go home to Alouette Lake.

“The students want to get the word out,” said Ola Cholewa, a teacher with the Environmental School. “Some of them are all avid anglers and they care deeply about their local rivers.” 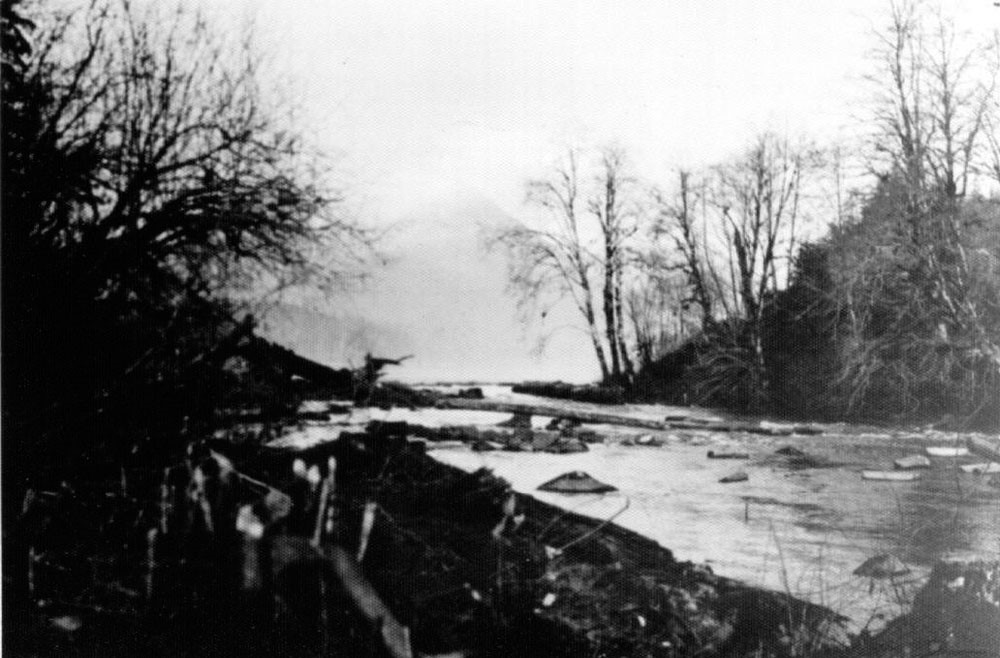 The Alouette River prior to the dam construction in 1924. (Maple Ridge Museum Photo)

Before the Alouette Dam was built in the 1920s, Alouette Lake provided important habitat for spawning salmon. However, when the construction project was completed, it blocked access to the waterway and led to dramatic declines in the local salmon population.

Still, more than a century later, a small number of fish continue to make their way up the river, with 84 counted at the base of the dam last year, Cholewa said.

“Over the last few years, the sockeye salmon have been returning in greater quantities,” Ashby added. “The fish ladder would allow the sockeye to return home and spawn in grounds that would be safe for their eggs and give them a better chance of survival.” 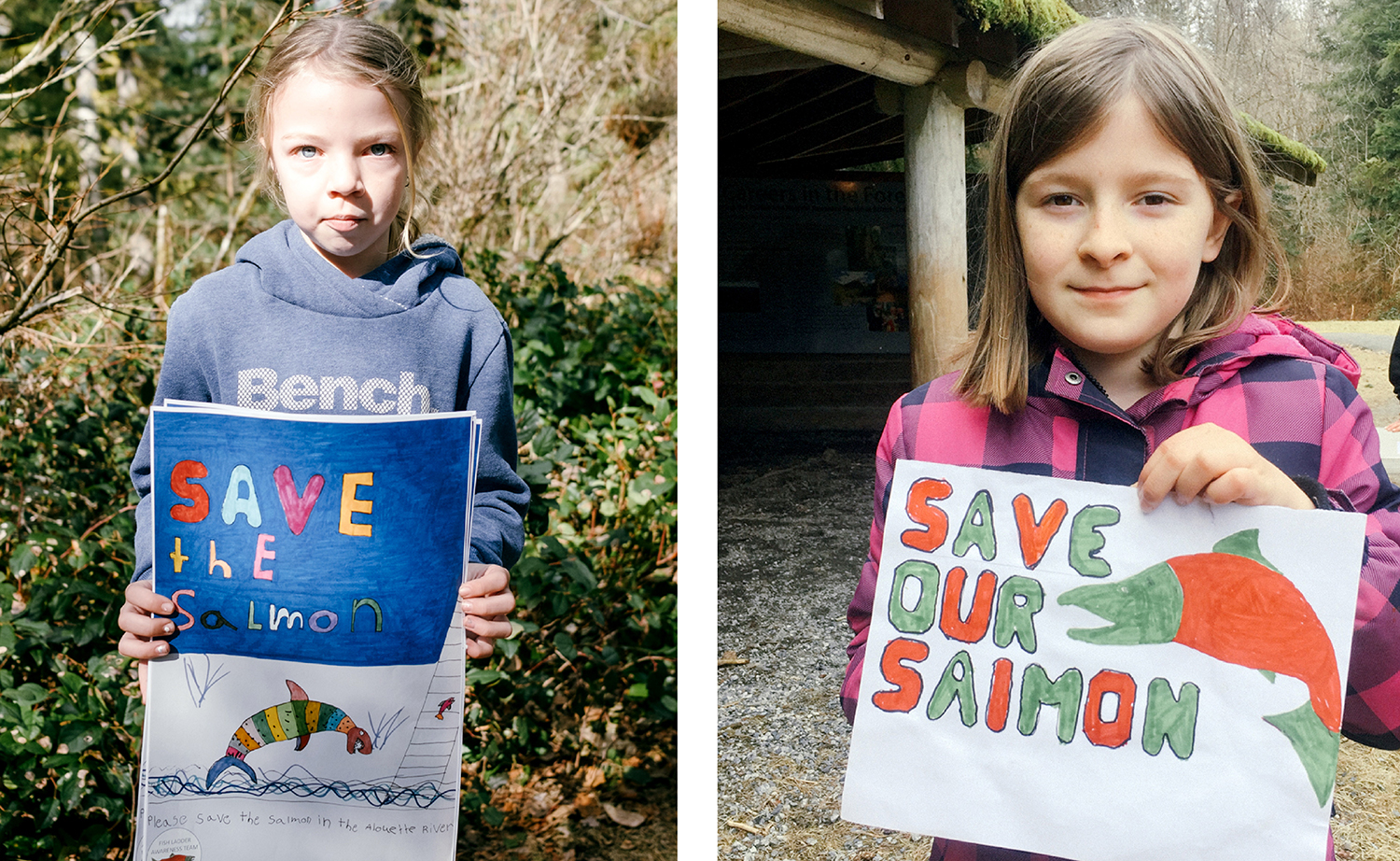 Students created posters to raise awareness about the need for a fish ladder on the Alouette River.

To raise awareness, the students have created posters with messages like “Save Our Salmon” and “Help Us Return Home,” which have been hung up around town. Earlier this year, Pattison Outdoor Advertising provided billboard space at several bus stops in the area, which now feature several of the posters.

The students have also launched a vigorous letter-writing campaign.

They have received responses from local, provincial and federal politicians, including the Prime Minister’s Office, in their effort to draw attention to their cause. 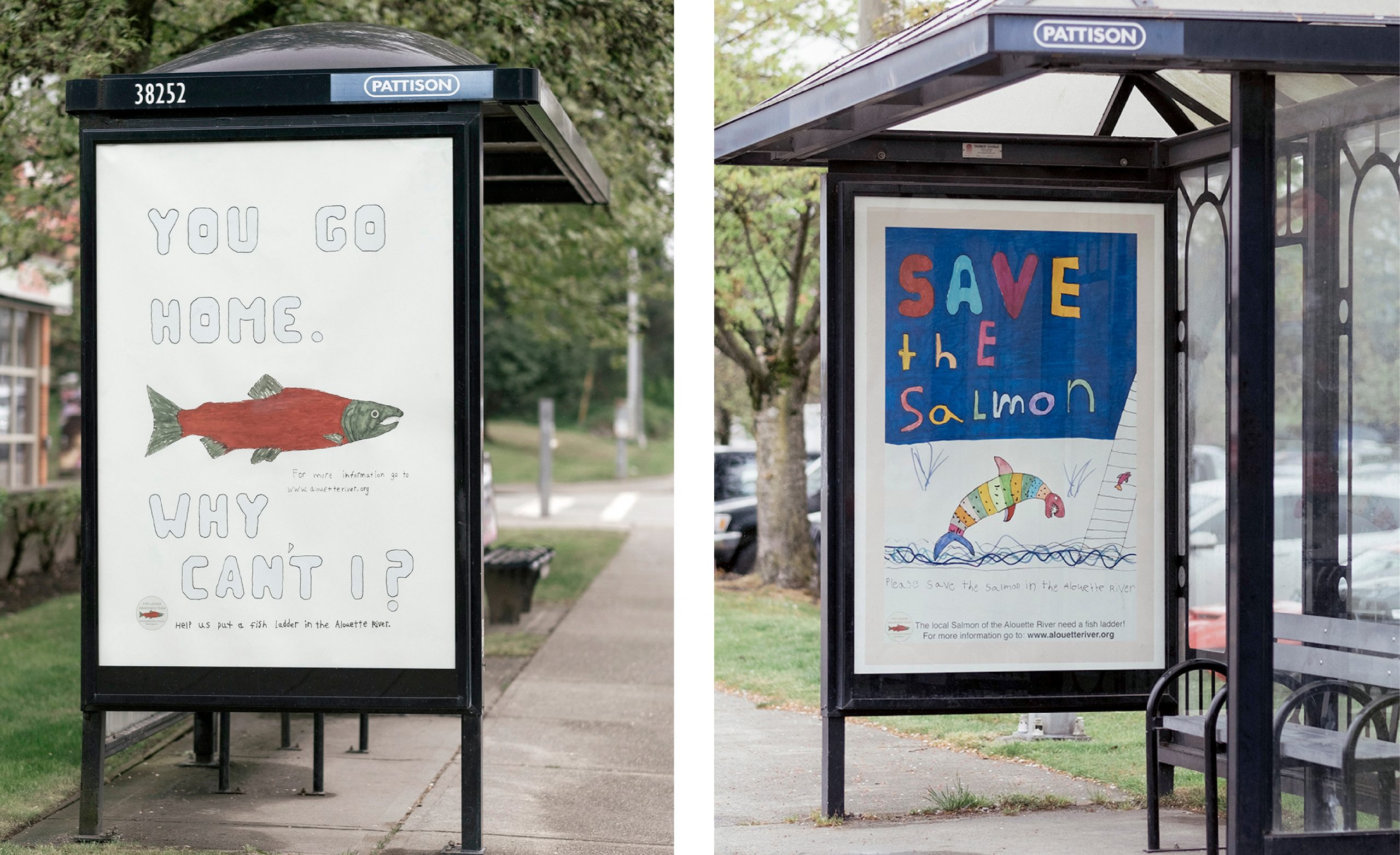 Posters created by students at the Maple Ridge Environmental School were used in several bus-stop advertisements.

“The fish are important to me and all organisms,” said Rylee Hayes, another student at the school. “The fish are in danger and need more support to help them thrive.”

Nicholas Burbacher, another club member and student at the Environmental School, said a fish ladder would not only benefit the salmon, but help improve the health of the tributary and surrounding environment.

“The fish ladder would help multiple generation of sockeye salmon in Maple Ridge and possibly other animals that need salmon to survive… like bears, birds, insects, and the forest itself,” Burbacher said. “We need this fish ladder if we want the sockeye to come back.”

Environmental School students keep an eye out for salmon on the Alouette River.