WINTER WEATHER ANNOUNCEMENT: All Maple Ridge - Pitt Meadows public schools are OPEN today, Friday, January 17. Regular buses are on snow routes. Special needs buses are not running today. Give yourself extra time to get to school. If you have personal concerns about the ability to travel safely to school, make other arrangements and notify your child's school.  END_OF_DOCUMENT_TOKEN_TO_BE_REPLACED

This week, Grade 3/4 students at Eric Langton Elementary made handcrafted felt poppies as they learned about the role of Aboriginal soldiers in the First and Second World Wars.

It was a history lesson about the wars told from the viewpoint of the First Peoples, she explains.

Students learned about Aboriginal veterans, their contributions to the war, how they were treated and their connection to the land.

“In particular, they really enjoyed learning about the code talkers. This was something they could relate to and understand: the idea of speaking in another language or code has real-world meaning to students at this age. By the next day, I already had three emails from parents commenting on how excited their child was to tell them about code talkers.” 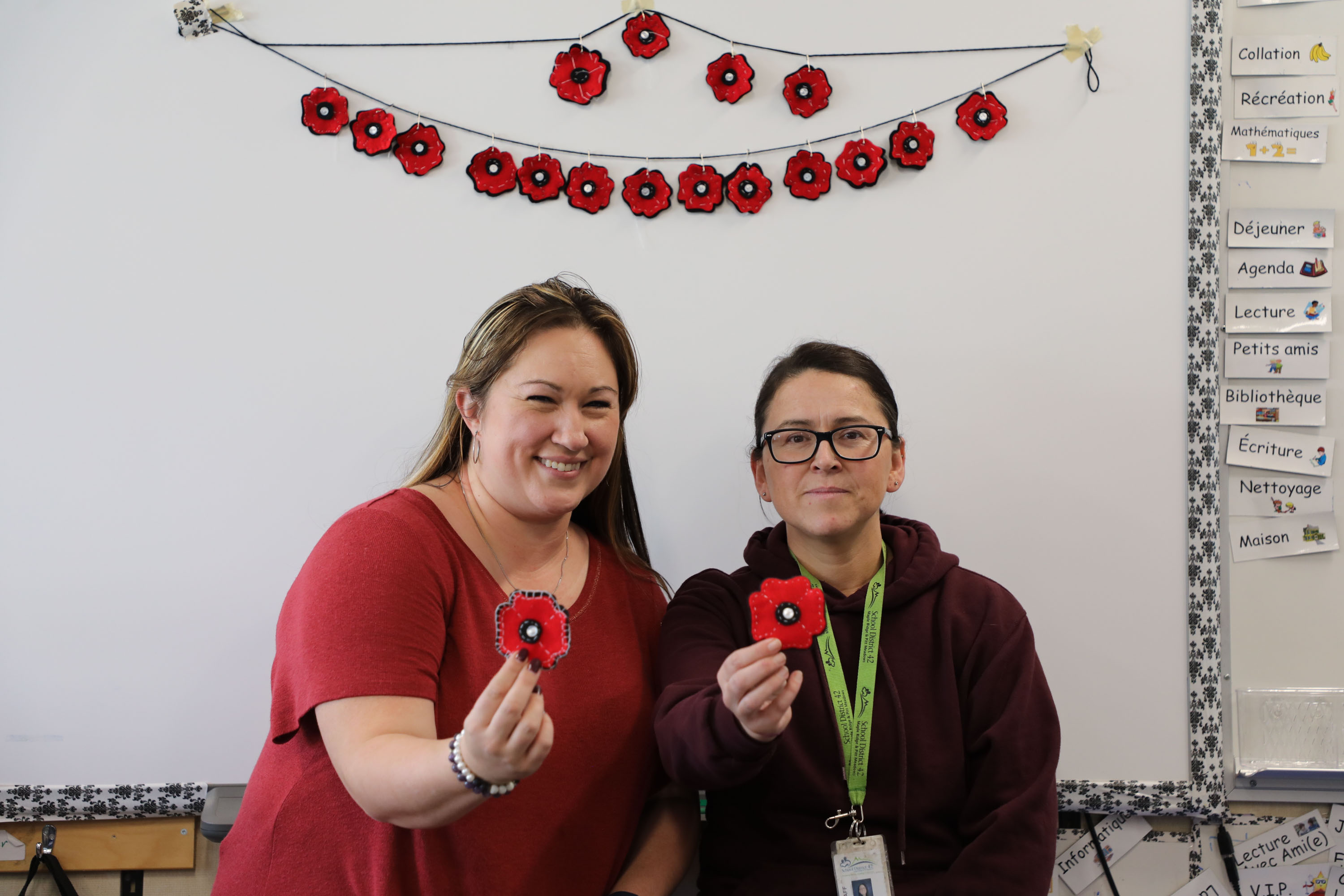