A group of students at Highland Park Elementary organized a World Culture Day assembly to showcase and celebrate the diverse traditions and cultures at their school.

The event was inspired by Grade 7 student Dewa Qarar, whose family is originally from Afghanistan. She said the assembly was a way for students to share their traditional dances and clothing, while learning about the deeper meanings behind each other’s cultures.

“It was really nice,” Qarar said outside her school after the assembly had taken place. “There was a lot of great showcasing of people’s cultural heritages.”

With her friends and sister, Qarar did a dance called an Attan in front of the school. The Attan is the national dance of Afghanistan, she added, noting that it is a tradition that dates back more than 3,000 years.

For the event, she wore a traditional orange dress that belonged to her great grandmother, which was adorned in ornate patterns and designs. 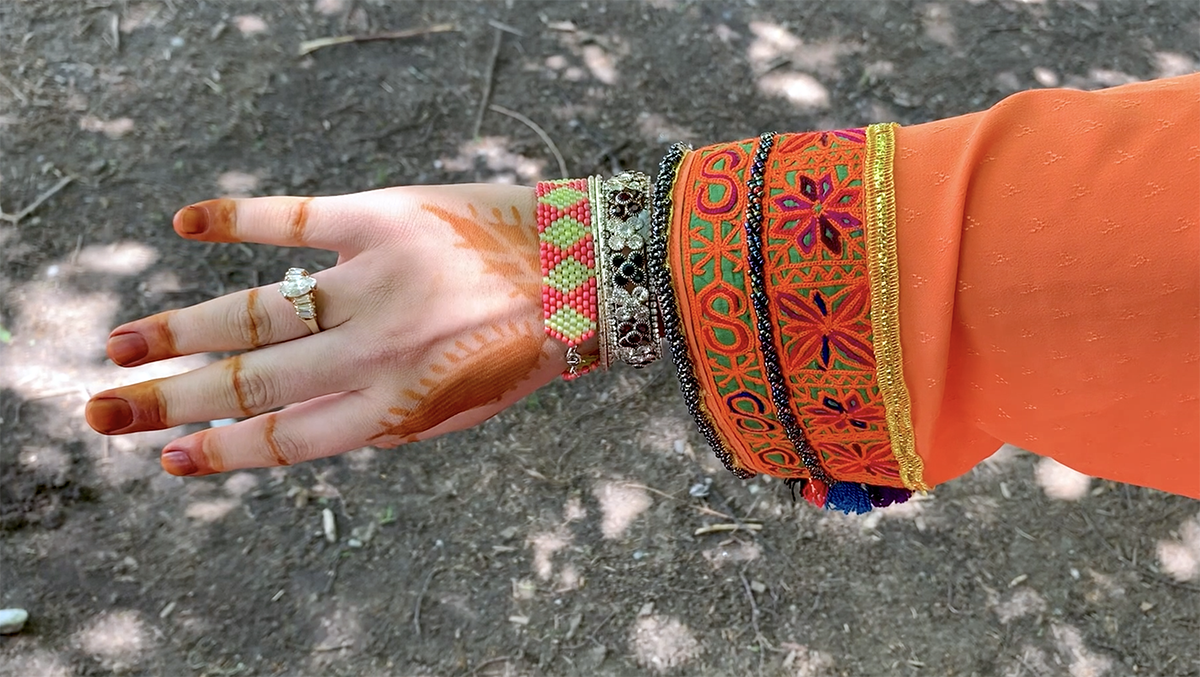 Dewa Qarar had henna on her hand for the World Culture Day assembly at Highland Park Elementary.

“This may seem a little extra right now, but girls in Afghanistan, this is what they wear on a daily basis,” she said.

Qarar’s friend Lia Haeun Kim also showcased her culture in front of the school, where she did a Korean fan dance. For the performance, she wore a red and white dangui.

“For me to participate and be able to see this kind of assembly was just absolutely amazing,” Kim said.

The program also included welcomes in 24 languages, a poem written and recited by Grade 5 student Desiré Lindeque, and an Indigenous song, Ode’min Giizis, performed by the intermediate band students and their music teacher, Sarah Bondi. The song was written by singer-songwriter Tara Williamson from the Opaskwayak Cree Nation and Gaabishkigamaag.

Fareha Khushal, a Grade 7 student, said the World Culture Day assembly was a great way to see the diversity of the student population at Highland Park Elementary.

In the lead up to the assembly, students spent time learning about Edward T. Hall’s Cultural Iceberg, which explains that people tend to focus on aspects of culture they can see, touch and taste.

However, Leah Kitamura, an English language learning specialist teacher at Highland Park Elementary, said there are many aspects that reside under the surface that can influence a person’s outlook and attitude. The assembly was a great way for students to bring their backgrounds to the surface in a fun and educational environment, she added. 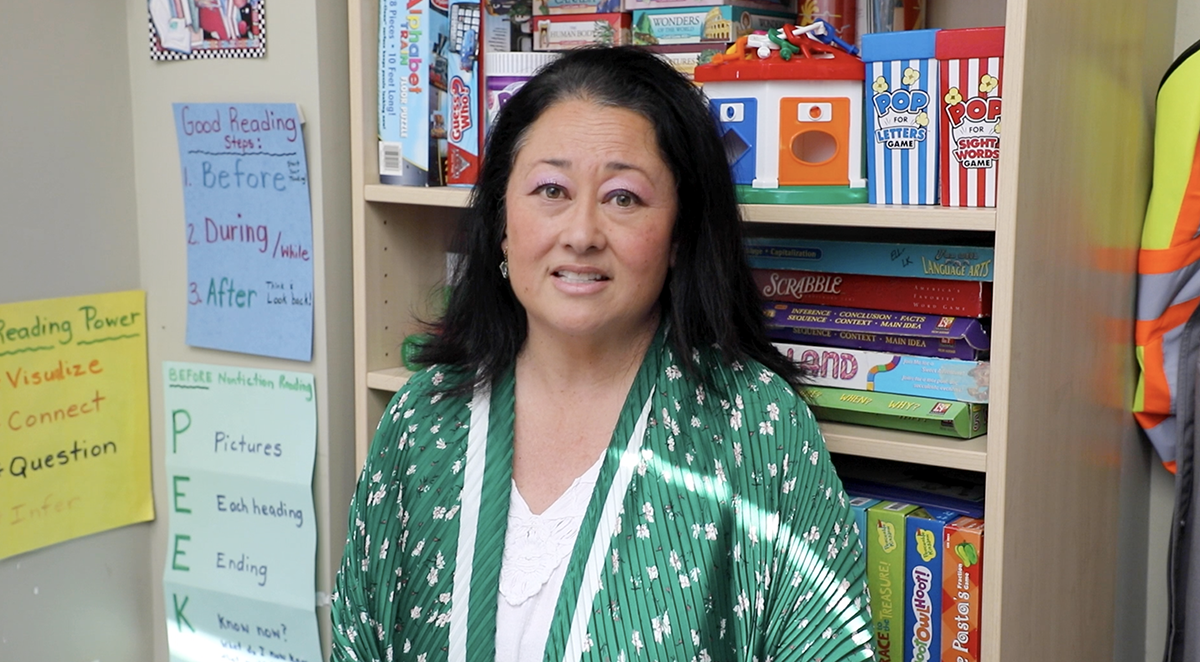 Leah Kitamura, an English language learning specialist at Highland Park Elementary, said it was wonderful to hear form students what culture meant to them.

“It’s wonderful to hear from students about what culture means to them as they build their understanding,” she said. “It was wonderful to see the kids say, ‘next year, I would like to be in the fashion show, next year I would like to do a presentation.’ I think it is important to give students that platform for their voices.”