Students at Pitt Meadows Elementary are asking motorists to slow down and pay attention when driving by their school.

With the help of the Ridge Meadows RCMP, children prepared “Think of Me” cards earlier this month, which were handed out to drivers who failed to adhere to posted speed limits or were talking on their phone.

“As our school is located on Harris Road, the students are aware that the traffic is a constant problem,” said Pitt Meadows Elementary principal Shelley Linton. “We reach out to the RCMP frequently to come and help slow drivers down.” 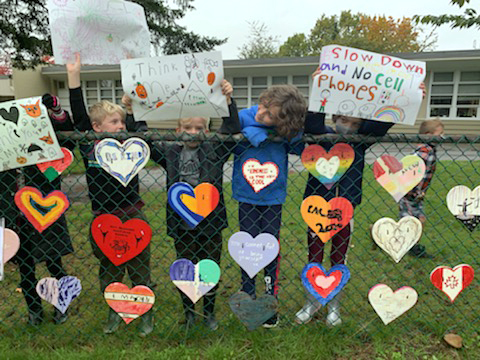 Flashing speed signs were recently installed at each end of the school zone and volunteer speed monitors regularly watch the area, she added. The RCMP have also used their scarecrow cut-out of a police officer with a radar gun to encourage drivers to lay off the gas pedal.

As the weather becomes darker and rainier, police are reminding drivers to use caution when out on the road, particularly in school zones. Ridge Meadows RCMP said they have been stepping up enforcement since the beginning of September.

“We know the majority of drivers are aware of the area’s they are travelling through and are being very respectful of the posted speed limits,” said Ridge Meadows RCMP Const. Julie Klaussner. “Unfortunately, we still see some drivers simply lose track of the fact they are driving in a school or playground area. We are simply asking people to think of the kids and parents in these areas.” 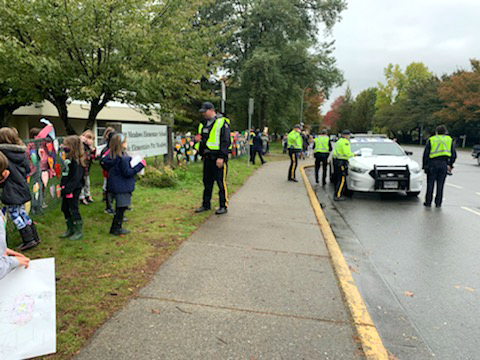